In which we launch new projects and Discover a new/old love for Star Trek. Bet you didn’t know how much we love Star Trek. You can find us on iTunes or at Galactic Suburbia.

What’s new on the internet?

Continuum Preview! Check out the program, because we’re all over it. The whole GalSub team will be at Melbourne for this year’s Continuum — if you’re planning to be there, block off three hours for our Galactic Suburbia-and-Twelfth Planet Press extravaganza including a fundraising bake sale and a pre-launch party for Luminescent Threads. (It’s like a baby shower but for a book, and you don’t have to bring gifts)

All of us: Star Trek Discovery Trailer! We have a lot of feels.

Please send feedback to us at galacticsuburbia@gmail.com, follow us on Twitter at @galacticsuburbs, check out Galactic Suburbia Podcast on Facebook, support us at Patreon – which now includes access to the ever so exclusive GS Slack – and don’t forget to leave a review on iTunes if you love us!

Haven’t really talked about this much in these parts, but I’ve been working on a second book this year! This one is in honour of Octavia Butler, a groundbreaking science fiction writer: amazing stories, provocative ideas, and (it appears) the first African-American woman to make a living from science fiction. And this is the cover!! 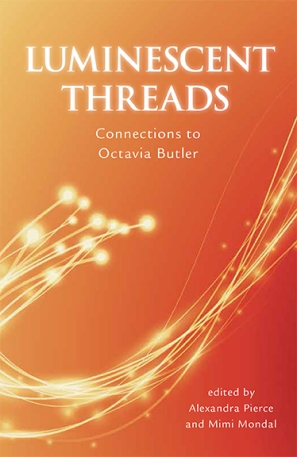 The book comprises almost 50 original pieces – letters and essays – to and about Butler, encompassing a bunch of different issues and themes and responses. You can see the list of contributors at the Twelfth Planet Press site. It will also include some reprinted material.

I’m really pleased with how the book has developed, and I am in love with the cover.

Tansy, Rivqa: I hear you have an exciting new project coming up. Care to share what it is?

Hi, Alex! We’re about to launch a crowdfunding campaign for a new speculative fiction anthology of artificial intelligence stories: Mother of Invention.

So tell me about this title. Who came up with it, what’s the point, and so on?

Artificial intelligence stories, from the very beginning, have always been dominated by the idea of a male creator ‘giving birth’ to robots or intelligent computers. This in turn means that we end up with a lot of artificial intelligence narratives with a sexy female robot, or a disembodied voice played by Scarlett Johanssen. Starting with Frankenstein (though even going back to the Ancient Greek Pygmalion/Galatea myth) the stories so often centre around the idea of what happens (or what goes terribly wrong) when men create life. Is Susan Calvin the only iconic female creator of artificial life in our whole genre? We’re happy to be ‘well, actually’d on this one, but she’s definitely outnumbered by her male counterparts.

To be honest, the ‘isolated dude builds/interacts with sexy robot girlfriend/daughter and/or angry robot/computer son who wants to kill him’ tropes have become the SF equivalent of ‘middle-aged college professor has affair with younger female student’.  And just because (some) women can have babies biologically doesn’t mean they can’t build robots or super-smart imaginary friends as well as, or instead of, creating life the squishy old fashioned way.

We wanted to challenge the gender dynamic of artificial intelligence stories, and rather than focus on the ‘why are all robot women sexy and adorable’ trope, we thought we’d let some fantastic writers explore the idea of what kind of artificial lifeforms women, and other under-represented genders, might create.

As for the title… it took us ages to find something that captured what we want, but ultimately the quote ‘necessity is the mother of invention’ gave us the answer. When it comes to artificial intelligence stories, the motivation is often just as interesting as the ‘how it all went terribly wrong’ part, and we’re interested to see how the gender of the creator in these stories will affect what they build, and who they make.

The anthology will be published by Twelfth Planet Press… why go with them?

Twelfth Planet Press have a reputation for smart, thought-provoking projects and for challenging the gender dynamic of SF publishing, so they were absolutely our first choice. We’ve both worked with them before, though mostly at the fiction writing end of things, so it’s exciting to be getting our teeth into an editing project this time around.
We want to follow in the footsteps of Kaleidoscope and Defying Doomsday, which were both fantastic, diverse anthologies with strong political concepts behind them.

Do you have a stash of money up your collective sleeves to pay the authors for the project, or do you have some other plan?

Crowdfunding is our plan! With a project like this, a crowdfunding campaign has a lot of benefits to it, particularly that you can create advanced buzz for the book, and also gauge the interest of the readers. If we can’t make our target, then we don’t have enough interest to make the book viable, and it’s better to know that up front. The best thing about crowdfunding is that we are able to comfortably pay the authors (and editors and designers and artists and everyone) professional rates, which is often a hard ask for an Aussie small press budget.

Twelfth Planet Press has run a couple of very successful crowdfunding campaigns for anthologies like this one, and each time that has helped to bring international awareness to the book which is hugely important. We may be working out of the Australian suburbs, but we want to get this book into the hands of readers all around the world.

This will actually be the first time Twelfth Planet Press has worked with Kickstarter rather than the locally-based Pozible, so that’s an exciting adventure. It will be interesting to see whether it makes a difference to international reach.

Are there any authors associated with the project yet?

Yes, there are! We’ll also be opening for general submissions after crowdfunding closes, from July-August 2017.

Do you have dream plots or ideas you’d like to see reflected in your slush pile? 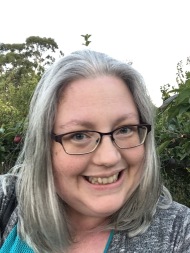 Tansy: I’m not gonna lie, I kind of want at least one super smart sexbot story and/or a gender-reversed Stepford Wives story. So many robot-as-person stories are about beauty and perfection and the unrealistic expectations on human/artificial female bodies, so I’d love something that turns that around to look at the potential sexuality/sensuality of artificial male bodies. I’d also love to see stories that look at how women socialise and connect to each other, and how intelligences that are created by women might reflect that. I’d definitely like a range of ages of the creators — a 96-year-old woman and a 15-year-old girl are going to create a different intelligent software, presumably. What would you get if they worked together?

I also really want stories that challenge our premise, challenge the gender binary, and allow for a wide, inclusive definition of what gender means anyway. Artificial intelligence is a theme that invites a complex exploration of gender (or an absence of gender) beyond just the creator themselves, so it would be fantastic to get stories that do this. 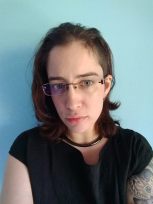 Rivqa: While I’m sure we’ll be including some ‘AI turns evil’ stories, I’m personally more excited to see stories that explore our creators’ creations in more subtle ways. In particular, autonomy interests me as a writer and a parent. At what point do we let go of our children, whatever their nature? What does it mean to make an autonomous AI, whether purposefully or accidentally?

Like Tansy, I’m excited to see how our authors use the theme to explore gender identity and expression. Would a female, genderqueer or agender creator necessarily invent something different to a cis male creator? Or is that just playing into the kyriarchy’s hands in a different way? I can’t wait to see how our submissions subvert the tired old trope of the cis male inventor, because I have no doubt that they’ll do so in a multitude of ways.
At a simpler level, I’m just looking forward to reading stories from people who love robots as much as I do, because I think they’re awesome.

What’s the timeline for all of this?
It all starts in June 2017, just a few weeks from now! We’ll be crowdfunding for the whole month. We’ll then have our open submission period and be reading, selecting and editing for the rest of this year. We’ll be delivering crowdfunding rewards from early 2018, with the book itself delivering to supporters in June 2018.

We also have a stretch goal planned for a companion series of gender and artificial intelligence essays which would, if we reach the target, extend beyond the original timeline.

Tansy Rayner Roberts is a writer, Hugo Award-winning podcaster and pop culture critic based in Tasmania. Her award-winning fiction includes the Creature Court trilogy and the Love & Romanpunk short story collection. Tansy has edited various magazines and books, most recently the Cranky Ladies of History anthology which was crowdfunded in 2014. She also regularly assesses manuscripts for the Tasmanian Writer’s Centre.

Rivqa Rafael is a writer and editor based in Sydney. Her speculative fiction has been published in Hear Me Roar (Ticonderoga Publications), Defying Doomsday, and elsewhere. In 2016, she won the Ditmar Award for Best New Talent. As an editor, she specialises in medical and science writing, both short and long form; she has also edited memoir, fiction and popular magazines.

WHAT’S NEW ON THE INTERNET

The End of Tropes Vs Women

Please send feedback to us at galacticsuburbia@gmail.com, follow us on Twitter at @galacticsuburbs, check out Galactic Suburbia Podcast on Facebook, support us at Patreon – which now includes access to the ever so exclusive GS Slack – and don’t forget to leave a review on iTunes if you love us! 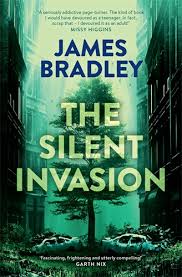 I think this is the first James Bradley book I’ve read, which is… a thing. If this is an indication of his calibre, I shall rectify that.

This is a near-future Australia. The entire world has been affected by alien spores that Change animals, plants and people – not everyone, but many of those who come into contact. And the spores  seem to particularly like it hot and humid, so there’s been an exodus of people from the tropical parts of the world. Of course, this hasn’t been particularly well received by the temperate parts of the world. There are walls. And camps. And suspicion of foreigners.

All sounding a bit familiar, isn’t it.

The heart of the book is Callie, an adolescent whose father Changed some years ago and whose young sister is now exhibiting symptoms – because even in temperate Adelaide, you’re not safe from the spores. Rather than allow Gracie to be taken to Quarantine, Callie decides to run away with her to the Zone: the part of Australia that’s been sectioned off by a mighty Wall, to the north of which the Change runs riot. Cue adventure and desperation and bravery and hardship.

What is perhaps most intriguing about this book is the prologue. I mean, I really enjoyed the book, and Callie is a gutsy character, and I liked the depiction of Australia. But the prologue? It makes it clear that this desperate adventure across southern Australia is only the beginning of what will confront Callie across the trilogy. Because in the opening paragraph, she mentions “this alien beach,” and being “under a sky so full of stars that even the night shines”. There is something much weirder going on than just another version of the Triffids, or a slow invasion story. And while I enjoyed the look-after-the-sister story, I am really intrigued by what’s going to happen to Callie to lead her to this alien planet.

Bring on the next book.