Domnall and the Borrowed Child

This book was provided to me by the publisher at no cost. 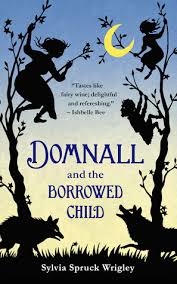 I did not love this book.

It’s perfectly adequate as a re-hashing of the ideas about Faerie stealing children and possible consequences and so on, but I don’t think it’s as clever as it thinks it is.

I think the idea of only the old and somewhat pathetic faeries still being around is meant to be – amusing? challenging? – but instead it just comes off as a bit confusing, because the reason for that isn’t really explored; sometimes an info dump can be useful. Additionally I think what happens with the mortal woman is meant to, I dunno, challenge expectations or something. Didn’t really work.

Domnall comes across as a bit boring, rather than the somewhat sly, hard-working and long-suffering fae that I think was the intention. And if he wasn’t meant to be that, and was instead meant to be the lazy good-for-nothing whose butt is kicked to get more done – well, that didn’t really work either. The sidekick that he accidentally ended up with didn’t have enough character to be a funny, ambitious, or appropriately sidekick-y sidekick, and there were a couple of uncomfortable moments between them too (of a sexual nature – nothing too squick, don’t worry).

The plot itself is serviceable, and if that sounds like damning with faint praise… that’s probably about right.