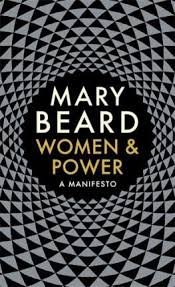 This book was sent to me by the publisher, Allen&Unwin, at no cost. RRP $19.99 and available now.

This book consists of two lectures given by Mary Beard, Roman history professor and all-round awesome person, for the London Review of Books in 2014 and then 2017. I had seen the film of the second one, which was neat because I really (ironically) like Beard’s voice and intonation so that was an added bonus.

The first chapter is “The Public Voice of Women”. Beard presents a number of examples of how women were silenced in the Greek and Roman worlds, and then uses those instances to illuminate how women are silenced in the modern Western World, as well as how women’s voices (literally and metaphorically) are portrayed. She does not suggest that everything about the modern West is founded on classical traditions – and is at pains to point that out – but her examples make it very clear how many expectations and perceptions can be traced back that far. The examples she gives from her life (being described as whining, for instance, or told to shut up) as well as examples of other women will be all too familiar to many women – and this has happened to women in classical texts since way back. This is important because those texts are used and studied still, and have been/still are seen as… if not imprimaturs, then still worthy of examination. And so they continue to pervade modern Western society.

Beard notes in the Afterword that she avoided making big changes when it came time for publication – this lecture was given in 2014, with Obama still president of the USA and Theresa May not yet PM on the UK. The afterword was written in September 2017… thus before the current spate of #metoo and sexual harassment/abuse accusations. So perhaps even more than she could have expected, this (and the second chapter) are necessarily of their times. Beard’s points still stand, though, of course. Beard doesn’t pretend to have all the answers; she’s pointing out the issues, making sure they’re not just accepted as ‘the way things are’ – and does suggest that we need to “think more fundamentally about the rules of our rhetorical operations… go back to first principles about the nature of spoken authority, about what constitutes it, and how we have learned to hear authority where we do” (40). Including women not thinking they need to deepen their voices to get more cred (guilty).

The second chapter on “Women in Power” was presented this year, which means it does deal with some of the depictions of May and Hilary Clinton… including some appalling versions of Clinton as Medusa (and Trump as Perseus??). Beard says insightful things about what power is, and how we think about it, and the language around it… and that when we talk about women ‘knocking on the door’ or ‘storming the citadel’ or ‘smashing the glass ceiling’, well: we “underline female exteriority” (57). Which horrified me when I realised its truth. Because she’s right, and while women are largely outside of power we need to write, and speak, ourselves in. But also: “if women are not perceived to be fully within the structures of power, surely it is power that we need to redefine rather than women?” (83). Yaaaasss.

This is a book I’ll be revisiting over and over, to remind myself of the reality I live in and to give myself encouragement to keep on. Things can change and it’s easier when we know where some of the problems lie.

Also, I need to read Herland and then re-read “Houston, Houston, Do You Read”?