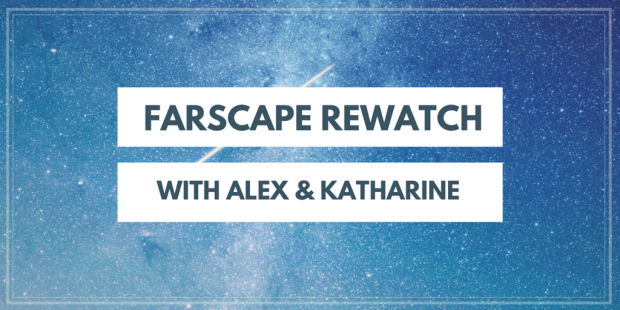 A scientist promises a way home for the lost wayfarers, but of course all is not as it appears. Friction results within our merry band…

A: EW NEEDLES IN EYES gross.

END_OF_DOCUMENT_TOKEN_TO_BE_REPLACED

Tehani Wessely was a founding member of Andromeda Spaceways Inflight Magazine in 2001 and started FableCroft Publishing in 2010. Now firmly entrenched in Australian speculative fiction and independent press, she has edited for Twelfth Planet Press (among other duties), has judged for the Aurealis Awards, CBCA Book of the Year and the WA Premier’s Book Awards, reads far more in one genre than is healthy, and writes reviews, non-fiction and interviews. In her spare moments, she works as a secondary school Teacher Librarian.

A while ago you suggested that FableCroft might be slowing down, but you’ve recently put out both In Your Face and The Rebirth of Rapunzel. Is this a case of interesting projects just coming your way and being unavoidable?

I’m pretty sure both those projects were already on the books by the time we had that conversation, which probably explains them, though it’s not uncommon for me to think I’m ready to take a break then come across a bunch of great projects I HAVE TO DO. There’s been a few big changes in my life recently, though, so FableCroft is on a slow down right now and I’m not too sure what the final outcome will be. I won’t call it hiatus, because I’m actively working on one book and potentially have at least two others on the cards, but as you can see from the submissions guidelines on our website, I’m not reading for anything else and I certainly won’t be planning any anthologies or other types of submission calls in the immediate future. A lot will depend on what happens over the next six months, so it’s a bit of wait and see. I’m starting to work a bit more on reviews again (see my ActiveReviews tag on my blog) and am looking at other creative outlets as well, while I mark a bit of time…

In Your Face might be described as a brave anthology, dealing as it does with controversial themes and ideas. What value do you see in exploring such topics in fiction? What was it like editing such an anthology?

I found this book both incredibly challenging and incredibly rewarding to work on. So many of the stories are very personal to the authors who wrote them, and I felt very grateful they were willing to entrust them to me. This also made the editing process more personal, but I was very lucky in that most of the stories were absolutely beautifully done, and needed very little work. I think the value of presenting such stories is immeasurable, and I hope that every reader will find something that resonates for them. It’s not an easy book to read (and I don’t recommend trying to do it in one big chunk) but it is worthwhile.

The Rebirth of Rapunzel was quite a different book for Fablecroft, being mostly non-fiction. What drew you to such a project? Is this an avenue that you’re interested in Fablecroft continuing to explore?

I blame Sean Williams for this – the thing is, writers are pretty good at what they do, even when the writing they are doing is compiling research. I read Sean’s PhD exegesis on matter transmission (which was awesome) and it made me think about all the fantastic authors I know who have done / are doing creative PhDs, and wonder if any might have similar works on their own topics that they might like to see published. Funnily enough, there are quite a few of them! I still hope to be able to do Sean’s exegesis, and I have a couple of others in my hands for consideration as well. I’m not sure it’s a terribly financially viable project, but it’s certainly one I’m enjoying.

My favourite question! I have list… Vigil by Angela Slatter is fantastic and I’m excited to see where she takes the character next; I thoroughly enjoyed CS Pacat’s Captive Prince trilogy; I was delighted to see a new instalment in Tansy Rayner Robert’s superhero world with the story “Kid Dark Against The Machine”; revisiting Livia Day’s Café La Femme series last week was great fun; I FINALLY read Garth Nix’s Sabriel series this year (I know, I can’t believe it took me this long either!); Welcome to Orphancorp by Marlee Jane Ward was astonishingly good and I’m so glad I got a story from her for In Your Face; Magrit by Lee Battersby is perhaps the darkest and best children’s novel I’ve ever read; and this year I read for the WA Premier’s Book Awards, so powered through several dozen Aussie YA books too, which I can’t really discuss. But check out my Goodreads page and ActiveReviews to check out what I’m reading!

This is actually a really hard question, because how do you pick just one?! Hmmm. Okay, I’ll go with Anne McCaffrey, because she’s been my best and favourite for such a long time, and I wish I’d had the chance to meet her.